Wally Gibbins (1930 – 2006) was making films with Ben Cropp when they both dropped in on the  Yongala shipwreck, SE of Townsville, Queensland.

The ships’ bell had not been found. Wal had a fair idea where it should be. He’d studied the layout of the ship and swam to where the bell should have been. Nothing there.

Out on the sand was a large clump of barnacles and a part of the ship. It looked as if this had broken away from the structure. Judging by the shape and weight Wal concluded it must be the prized bell.

Getting it to the surface would have been an effort for most people. For Wally, who’d salvaged giant shipwreck props (in 250 feet of water on compressed air) this would have been a walk in the park.

When being cleaned, the delight on the faces of Ben and Wally would have been a memorable sight.

Here was the prize find of the most famous shipwreck (for divers) in our Australian waters.

The above picture is a re-construction in 1983 under the Coffs Harbour Jetty.   The bell had been on display in Wally Gibbins' private shipwreck and sea shell museum (open to the public) in nearby Sawtell.  See his blog for pictures.

The bell had been removed from Wal’s own former sea shell and shipwrecks museum, especially for this picture. Some 16mm footage was also made – which has remained in John Harding's archives. 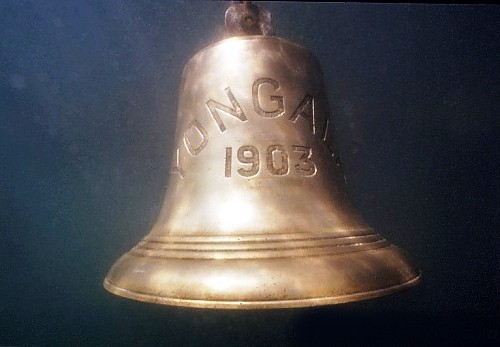 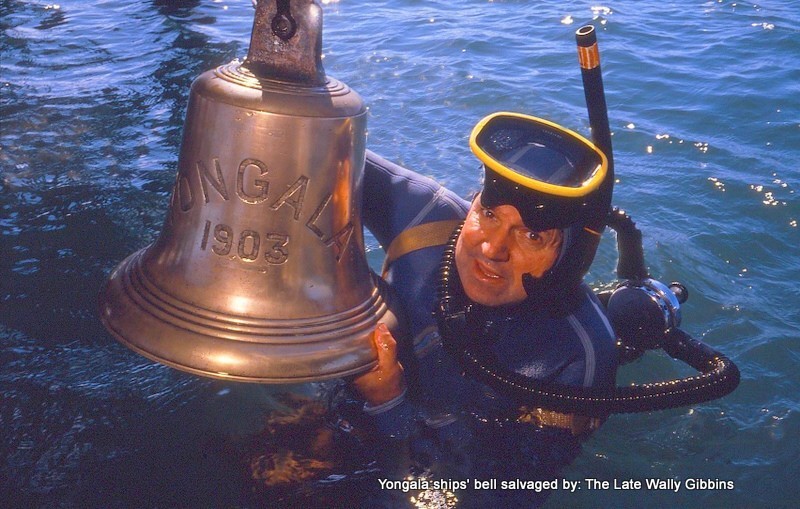 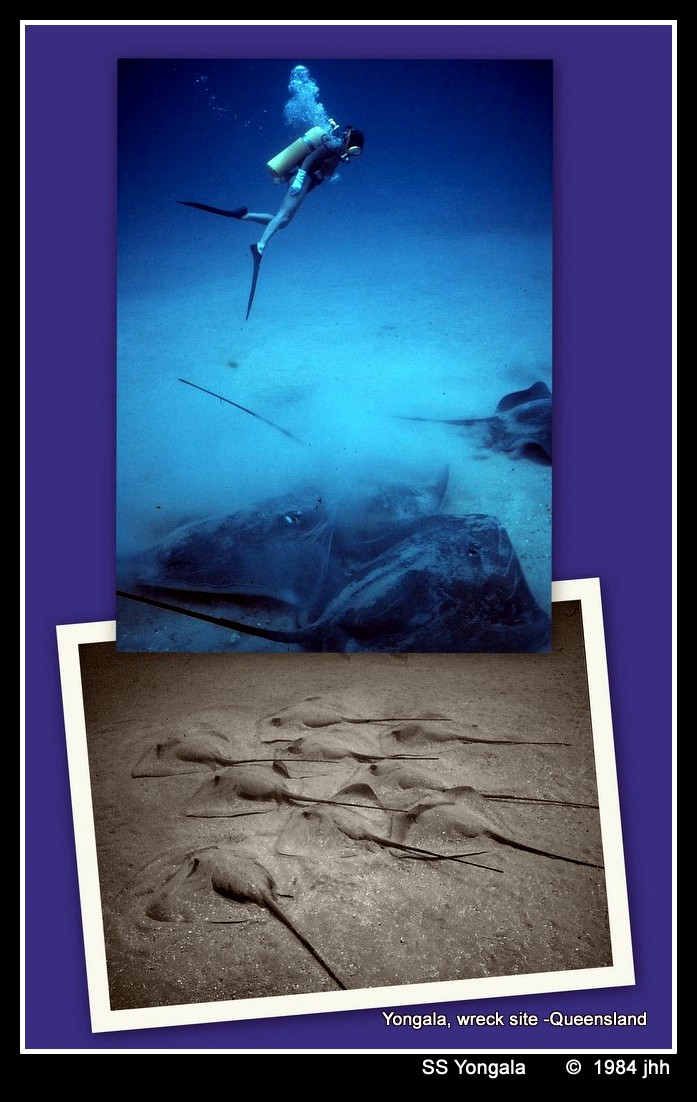